Posted on August 2, 2012 by murrayvilleschoolhouse.ca

A major piece of trail infrastructure for Fort Langley was put in place August 2, 2012

On August 2, 2012 the extensive trail system in Fort Langley received a major addition in the form of a pedestrian bridge over the main CN rail line. The connecting overpass was carefully lowered onto supporting platforms on either side of the tracks early this morning. The new bridge will connect a trail to be constructed as an extension of Mavis Avenue on the south side with the Bedford Landing waterfront on the north side. The proposed McBride Station development will include trail enhancements to take advantage of the new pedestrian overpass.
On October 6, 2012 (Cranberry Festival) the overpass was officially opened to the public.

The pedestrian overpass across the main CN line in Fort Langley opened Oct 6, 2012 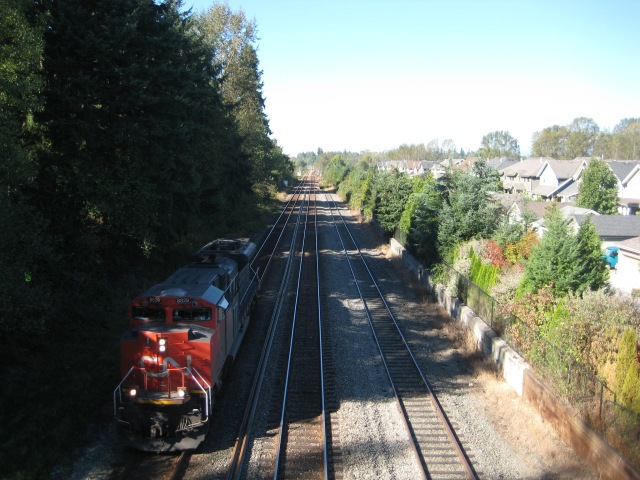 Looking east toward Glover Road from the new pedestrian overpass 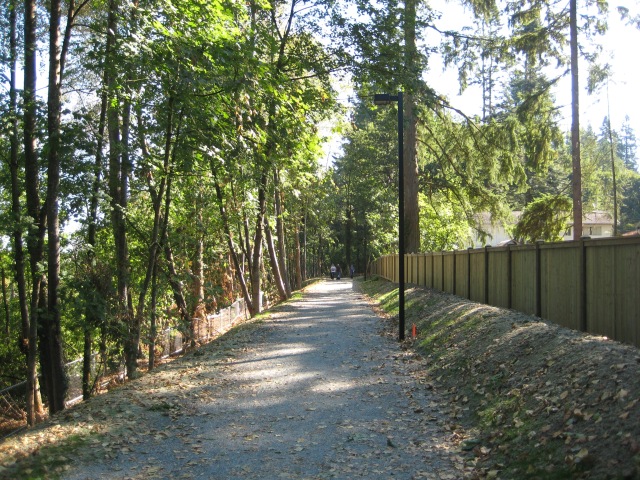 New connecting trail from Mavis Ave to south side of overpass

This entry was posted in Fort Langley Today, Lanstone Homes, McBride Station in the News. Bookmark the permalink.